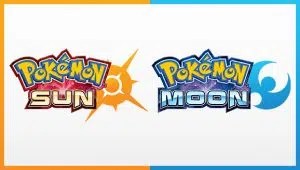 Still basking in the glory of their massively successful release of Pokemon Go earlier this year, it appears Nintendo has 2 more Pokemon hit games on its hands. playing video games Pokemon Sun and Pokemon Moon were released for the Nintendo 3DS on November 18th and are now the fastest-selling Nintendo games in Europe and the Americas!

Like I am known to do at times, I recently sat down to find out just how popular the new Pokemon games really are. Here are the most interesting Pokemon Sun and Moon statistics I was able to dig up so far, with much more to come soon. As always, be sure to check back in the future as I will be updating this post as new and updated stats become available.

Please note that some of these numbers are easier to find than others. Some Pokemon Sun and Moon statistics come from Nintendo’s own reports, but some are based on news reports and not official company tallies. Basically, this is the best I can find and I don’t guarantee any of these Pokemon Stats to be 100% accurate.

Number of Pokemon Sun and Moon games sold in the Americas (combined):

Number of Pokemon Sun and Moon games sold in their first week in Europe (combined):

Number of Pokemon Sun and Moon games sold in their first week in Japan (combined):