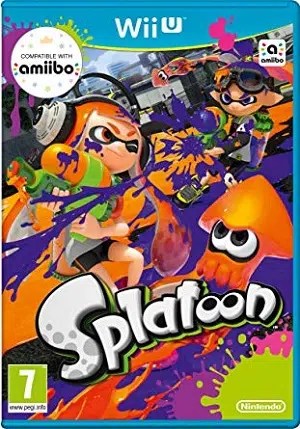 Splatoon at a Glance

Splatter enemies and claim your turf as the ink-spewing, squid-like characters called Inklings in Nintendo’s new third-person action shooter game for the Wii U console.

Compete in four-on-four matches, in which the goal is to get your ink on as many places as possible and claim your turf, all while strategically submerging yourself in your team’s colors and blasting your enemies. This is a colorful and chaotic online third-person action shooter – exclusively on Wii U.

New weapons, modes, maps, gear, and more have been added to Splatoon, with more rolling out through summer 2015. Plus, regularly scheduled Splatfest events let you choose a side and battle your way to victory with other players around the world!

Think while you ink