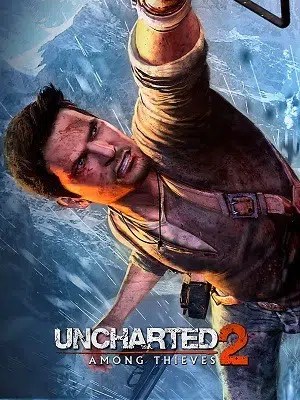 Uncharted 2: Among Thieves at a Glance

In this sequel, Drake is drawn back into the treacherous world of thieves and treasure-seekers. A mystery artifact propels him to undertake an expedition to the legendary Himalayan valley of Shambhala where he finds himself embroiled in a dangerous game of cat-and-mouse against a fugitive war criminal. Pushed to his limits, Drake is forced to risk everything. Varied and exotic locations: From lush, green swamps and dense urban environments, all the way to the ice and snow of the Himalayas. Unrestricted combat: Take an aggressive or stealthy approach to combat. Free-flowing traversal gunplay: Engage in combat from any position in the environment – even while climbing and hanging. Unrivaled Cinematic Experience: Dramatic in-game events make you an active participant during harrowing cinematic moments. Competitive & Co-Operative Multiplayer: Compete in up to 10 players in heroes-versus-villains matches, or co-operate as up to three players work together to accomplish set objectives with increasing difficulty and against special enemy characters.