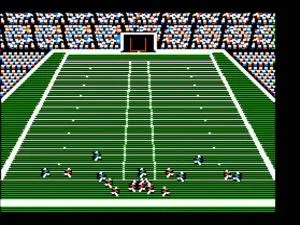 Here are a few of the most interesting Madden Football stats I was able to dig up. As always, be sure to check back in the future as I will be updating this post as new and updated stats become available.

Number of copies of Madden Football that have been sold  all time:

Number of times Madden games have been installed on mobile devices:

Amount that the Madden franchise has generated in sales:

Average number of copies of Madden Football sold each week:

Madden NFL 19 was the best selling video game of August 2018.

Percentage of Madden NFL 19 first week sales that were made in the US:

Percentage of Madden NFL 19 first week sales that were Xbox One copies:

Number of people that viewed the Madden NFL 19 Bowl:

List of Players on the Madden Cover Through the Years:

Please note that some of these stats may come from news reports and not official company tallies. No information contained on this site should be relied upon to make investment decisions. Basically, this is the best I can find, but I don’t guarantee anything to be 100%.